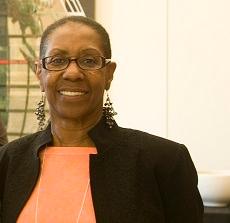 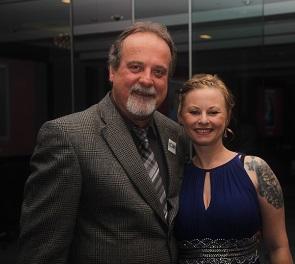 I am a productive citizen and a committed father who is working to keep kids out of trouble and our streets free of violent crime.

I also faced a possible sentence of life without the possibility of parole or the death penalty when I was only 16. I was convicted of third degree homicide instead of first degree murder and received a lesser sentence and served 8 ½ years behind bars. Since I was released in 1997, I have worked with hundreds of young men, trying to prevent them from entering the criminal justice system.

Five years ago, my colleagues and I founded a nonprofit organization called MIMIC (Men in Motion in the Community) to help such youths. The kids respond intensely to male role models. We believe that supports systems need to be in place for these kids in order to prevent them from making decisions that could lead them to taking someone else’s life and ending up in prison.

All of this is why I support the recent Supreme Court ruling that mandatory life-without-parole sentences for youth constitute cruel and unusual punishment. The ruling also reflects what we all know about teenage brains: They have trouble handling impulses and understanding consequences. Without help, especially when they are surrounded by poverty, violence, and chaos, adolescents sometimes struggle to manage their reckless urges. Sometimes the impact is minor, but at other times the consequences can be deadly, as I know from personal experience.

In Pennsylvania, the Supreme Court ruling is especially meaningful because of the large number of youths who received a mandatory life sentence without parole. All of them will now be eligible for new hearings during which judges or juries must consider mitigating circumstances such as their age, history of abuse or neglect and role in the crime. I am hopeful that this will provide many with a second chance.

I remember sitting at a table in the adult correctional facility with about six other youths who were certified as adults. When we started talking about what we wanted to be when we got older, our list was the same as other kids: doctors, police officers, businessmen.

We all laughed, and then for a moment there was silence. What happened to all those hopes and dreams? What went wrong? Then the stories began: abuse in the home, drugs, violence and poverty all around us. We were all good kids but because of our surroundings we were not able to handle peer pressure and make good decisions. Unlike adults, children don’t have the power to escape their negative environments.

I grew up when I was in prison. When I left, I promised some of my friends who were serving life-without-parole that I would never forget them. One of them was a friend from my youth and a co-defendant in the case in which I was convicted. When we went in, he was a teenager. Now he has grey hair and is becoming a middle-aged man.

Before this week’s decision, all he had to look forward to was an eventual death in prison. Now there is hope that he will someday at least be considered for parole.

I live each day with the knowledge that I was involved in an incident where a life was tragically lost. Nothing I do can ever change that. But I have proven that I should not be judged solely by that horrible act. That is not the sum of who I am.

My hope is that this week’s Supreme Court decision will give other young people who have made tragic mistakes the same opportunity.

Edwin Desamour is founder and executive director of Men in Motion in the Community (MIMIC).